Bedugul Tours is the best Bali must visit places. Bali tour package visiting cool atmosphere and enjoying the beauty of the natural panorama.

Bedugul and Tanah Lot Tour is a tour package visiting Bedugul village with a cool atmosphere and enjoying the beauty of the natural panorama.

The favorite place here is Ulun danu Beratan Temple. this trip also covered visiting Wanagiri Hidden Hill is the most popular selfie spot in the northern part of Bali.

It is just a short drive up from Ulun Danu Bratan Temple and then Jatiluwih Rice Terrace which is the largest rice terace that has received an award from UNESCO.

At the end of the trip you will visit Tanah Lot Temple the most popular place to enjoy the sunset towards the Indian Ocean.

Many people are hiring driver in Bali because it is easier for them to travel Bali. 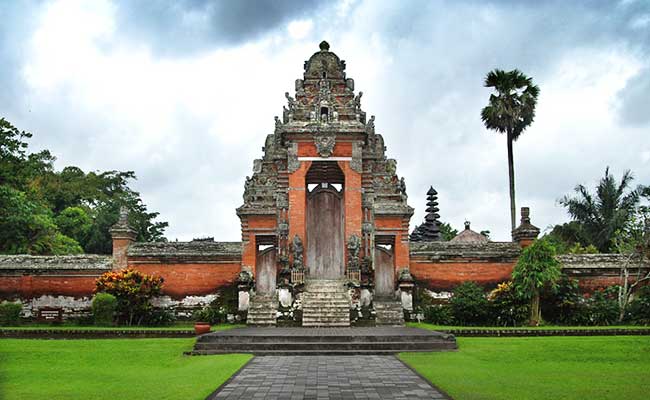 The temple was named Genter Park. When Mengwi grew into a big kingdom, I Gusti Agung Putu moved Genter Park eastward and expand the compound.

Ulun danu Bratan Temple, or Pura Ulun Danu Bratan, is a temple located on the shores of Lake Bratan. 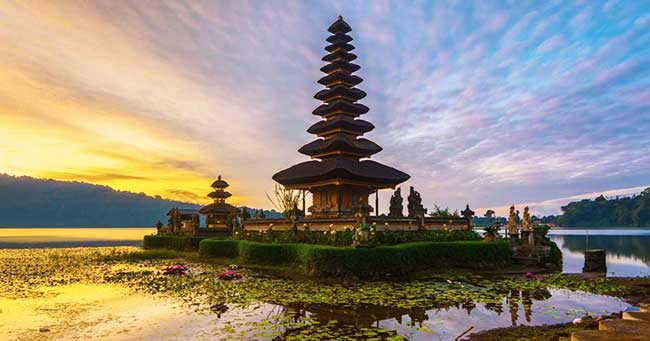 This temple is dedicated to the lake goddess Ida Batari Dewi Ulun Danu. This temple was built in the 17th century in worship of the main Hindu trinity, Brahma-Vishnu-Shiva, and the goddess of the lake.

Ulun Danu Temple can be traced back to the revival of the Mengwi kingdom.

The name Pura Ulun Danu Beratan is taken from the lake where the temple was built on Lake Bratan.

The name of Lake Beratan cannot be separated from Mount Bratan as a God and Goddess as a source of fertility, prosperity to maintain prosperity in people’s lives and lives.

Jatiluwih is one of the five rice terraces that describe the “Subak” water management system which has gain acknowledgement from UNESCO as part of the world’s cultural heritage.

The word Tanah Lot consists of two words, the word Tanah, is interpreted as a coral that resembles an island.

The word Lot or Lod has the meaning of the sea. So Tanah Lot means a small island floating in the sea.Tanah Lot is claimed to be the work of 16th-century Dang Hyang Nirartha.

During his journey along the south coast, he saw a beautiful view of the stone island and decided to rest there.

Some fishermen saw him, Nirartha then spent the night on the small island. Then he spoke to the fishermen and told them to build a temple on a stone, because he felt it was a holy place to worship the sea gods of Bali.

The main deity of the temple is Dewa Baruna or Bhatara Segara, who is a sea god or sea power and lately, Nirartha is also worshiped here.

The Tanah Lot temple was built and has been a part of Balinese mythology for centuries. The temple is one of seven sea temples around the Balinese coast.